The Flowers Are Poppin' in Joshua Tree National Park

We took a drive down to Cottonwood the other day to see how the flowers were coming along. We stopped at Porcupine Wash on the way, explored around the rocks there and saw some nice displays with the potential of more to come. Then we headed to the area down by the 10 and the fields on either side were chock full of blooms. The Lupines were the biggest I've seen in years, some up to two feet high, and Poppies everywhere, also Chia on the eastern side of the road. When we got back to the car, our shoes were covered with pollen after wading amongst the Poppies, and we were trying to be careful not to step on anything. We stopped in a side canyon on the way back to have lunch in the shade of some rocks and saw Chuparosa and Canterbury Bells along with Brown-eyed Primrose. The flowering at this point is all the way up to Twin Tanks, so there is plenty to see, with more to come in the next couple of weeks. We saw all these flowers in one afternoon: Lupines, Poppies, Brown-eyed Primrose, Chia, Chuparosa, Chicory, Mallow, Canterbury Bells, Phacelia, Brittlebush, Bladderpod, Desert Dandelion and a bunch I don't know the name of. So get goin'! 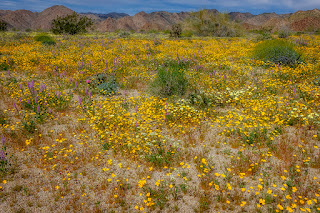 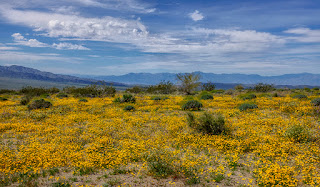 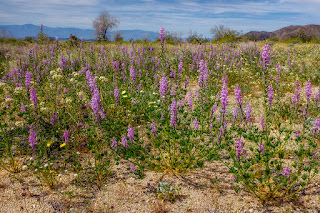 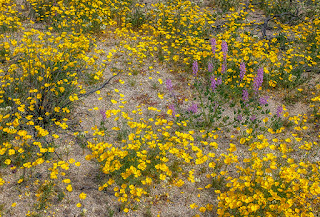 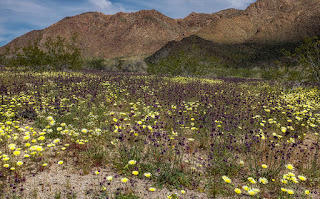 Chia and Dandelions
Posted by Spin at 8:35 AM 1 comment:

I got up Saturday morning and headed over to Big Morongo Canyon Preserve to see if there were any early flowers along the Mesquite and Canyon Trails. After a wet winter it was nice to see the Cottonwoods leafing out in all their glory, but no major flowering yet. I guess we have to wait for another week or so for things to start popping. I ended up walking the Mesquite Trail, down the Canyon Trail and even up on top of the Yucca Trail, where you get a nice overview of the Preserve. I never get tired of going to the Preserve at any time of year, there's always something new to see. It's such a peaceful and serene place to take a stroll, listen to the birds in the trees and feel the breeze on your face. We're so lucky to have this special place here in the desert. I tell people, when Joshua Tree National Park is busy, head over to the Preserve, you won't regret it. 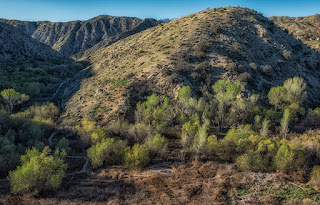 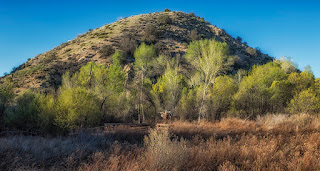 Looking Across the Field Along The Mesquite Trail 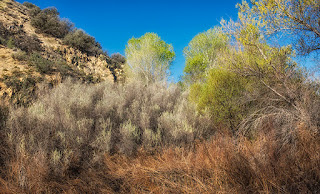 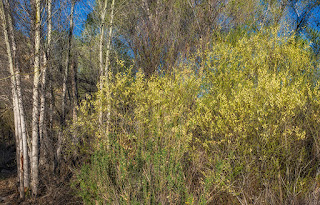 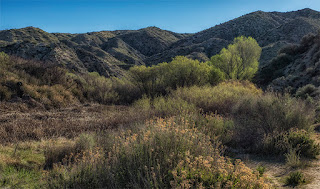 Looking Back Toward the Distant Hills
Posted by Spin at 7:20 AM No comments: